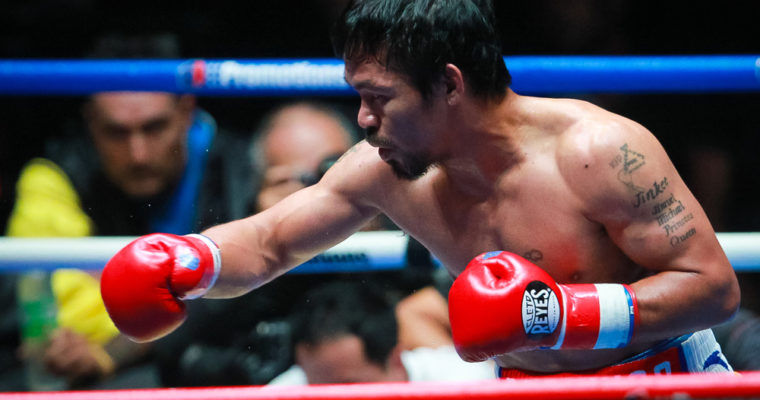 Manny Pacquiao’s long-awaited cryptocurrency could launch by the end of the year.

According to a StraitsTimes report, Singapore based Global Crypto Offering Exchange (GCOX) is in charge of the launch of the Pac Tokens, the cryptocurrency that leverages on the popularity of the Philippine boxing legend.

The news outlet quoted GCOX chief communications officer Evan Ngow who said the only delay being experienced is with the Phillippine Securities and Exchange Commission who is yet to finalize its rules regarding initial coin offerings. The regulations should be ready before year-end, according to Ngow. The company is also working hand in hand with Pacquiao’s team on the volume and value of Pac Tokens to be issued out to members of the public.

The Filipino fighter, an eight-division world champion, is also a celebrity ambassador for tGCO, a blockchain platform that allows celebrities to create their cryptocurrencies which fans can then use to pay for access to exclusive celebrity-related content sold through the GCOX platform. The platform aims to establish the first “authoritative popularity index” through the valuation of tokens created for celebrities on its platform, and it claims the listing of the tokens on its platform will serve as an “objective indication” of the celebs popularity.

Other boxing legends that have been involved with crypto in the past include Welterweight Champion Floyd Mayweather who has promoted several ICOs in the past, while Hall of Fame boxer Evander Holyfield also endorsed an ICO that was later slapped with a cease-and-desist order by the US Securities and Exchange Commission (SEC).

Aside from the launch of Pac Tokens, GCOX is also planning to launch tokens for American singer Jason Derulo and English football legend Michael Owen.

Pacquiao, who is also a sitting Philippine senator, also invested an undisclosed amount of money in GCOX, according to a report in regional business publication Entrepreneur Philippines, while the company’s website claims that retired football star Michael Owen is also an investor.

Spread between BTC/USD and BTC/USDT Crosses $300